Now Or Never tells the story of the Batang Toru Forest, which lies in North Sumatra, Indonesia. It is a forest like no other, and remains largely unexplored. Batang Toru is also the one and only home for the most endangered great ape species in the world – the newly identified Tapanuli Orangutans.

For thousands of years these orangutans have experienced a tranquil existence in this rich rainforest, alongside countless other fascinating species. The local people living adjacent to Batang Toru have also lived comfortably for generations, surviving from the precious water created by the forest. But now, everything is changing…

The global population is growing, and the natural world is suffering, including Batang Toru. Plans have been put in place for a human development to be built in the heart of Batang Toru, where the highest number of Tapanuli Orangutans reside. This development is estimated to be completed in the next few years. If it is built, it will affect countless human lives who rely on the forest, as well as indefinitely pushing this newly identified orangutan species closer towards extinction.

The time to act and save Batang Toru is Now, Or Never again will we be living in a world with a third orangutan species. 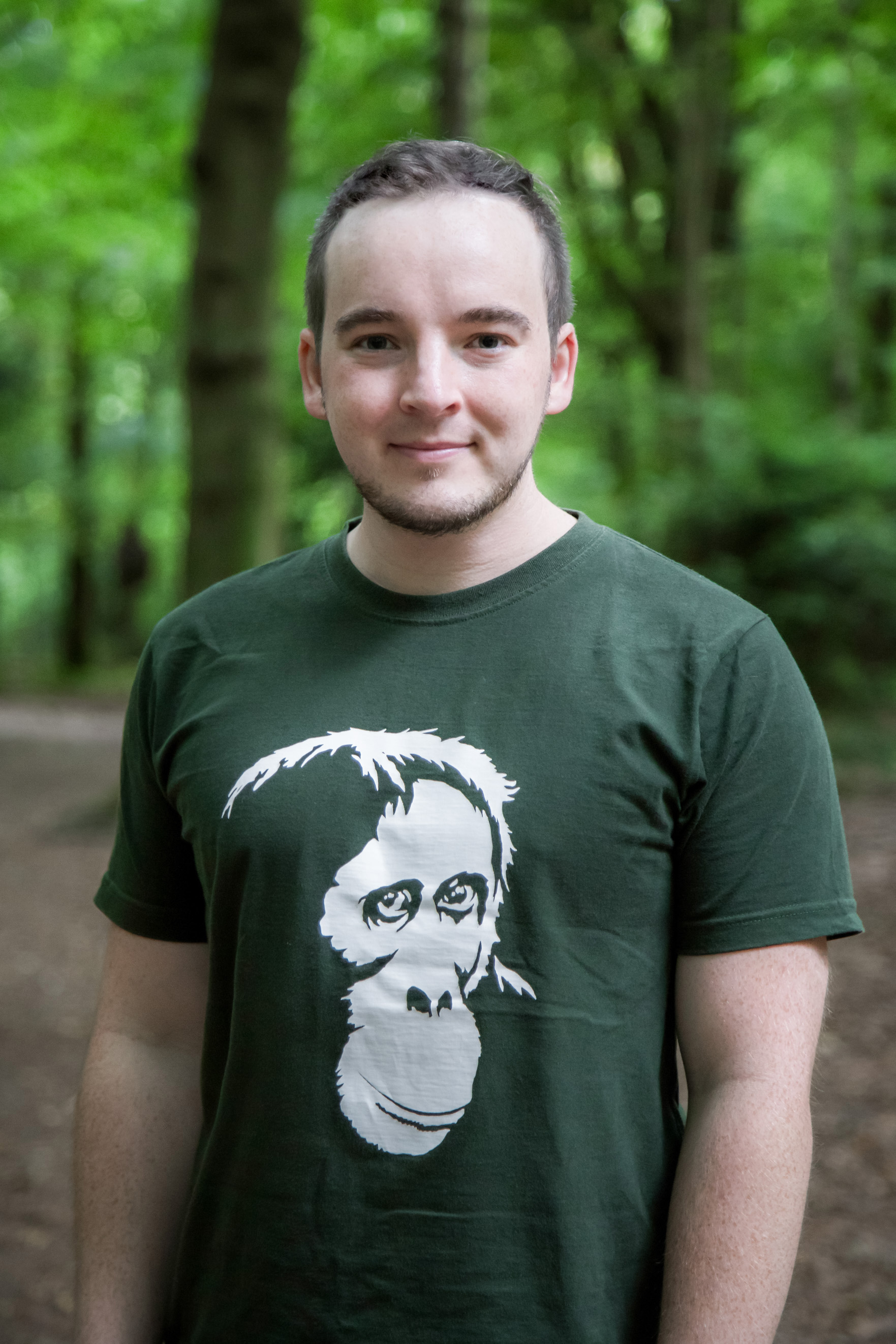 Matt has always had a creative eye and strived to be ambitious. He has travelled to over forty countries around the world, immersing himself in new cultures, new experiences, and nature, whilst always documenting his travels through a lens.

During a trip to the Galapagos in 2016, Matt found himself in a unique environment rich in wildlife, which inspired him to chase his lifelong dream of becoming a wildlife filmmaker. This prompted Matt to apply for a new course at the National Film and Television School, where he studied an MA in Directing and Producing Science and Natural History.

During that time Matt produced several documentaries including Against the Grey and Under Threat, which were both selected for international film festivals.

Matt’s ultimate goal as a storyteller is to continue to produce wildlife and nature documentaries with the purpose of helping conservation and the natural world. 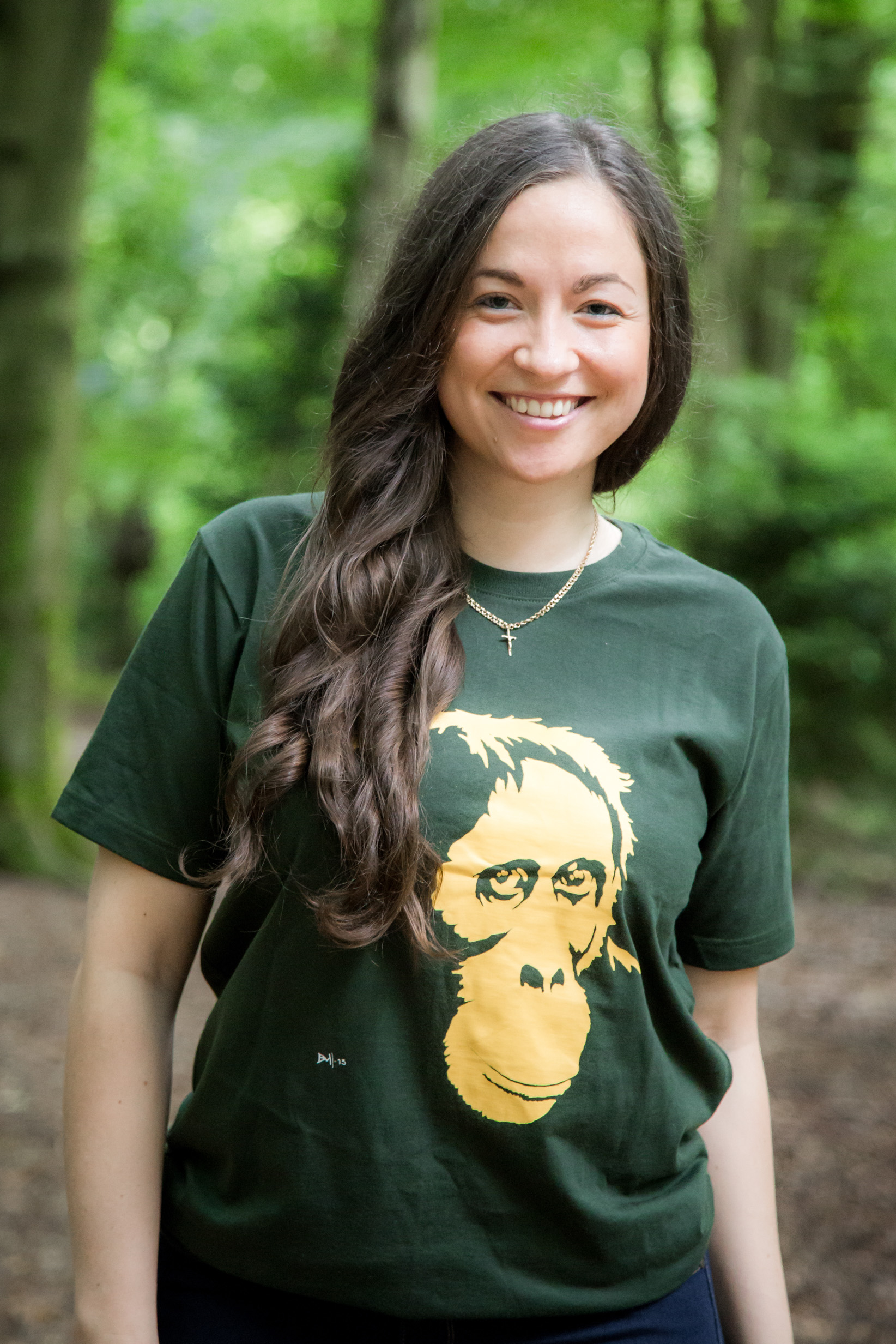 Mirjam is an Estonian editor. She studied at Baltic Film and Media School in Estonia, and recently completed a Masters in Editing at the National Film and Television School in the UK. She has been working in the film industry since 2013. Her films have been presented in international film festivals such as IDFA, Hot Docs, Art Doc Fest, Warsaw Film Festival and others.

Her edited film Come Back Free won an IDFA Special Jury Award for Mid-Length Documentary in 2016. Her second film Woman and the Glacier was also involved in the same competition. Further to her success, her latest feature length documentary film Wonderful Losers: A Different World was a winner at the 33th Warsaw Film Festival, won the Grand Prix and Audience award at Minsk International Festival Listapad, and in 2018 received the Best Documentary Award in Trieste Film Festival. 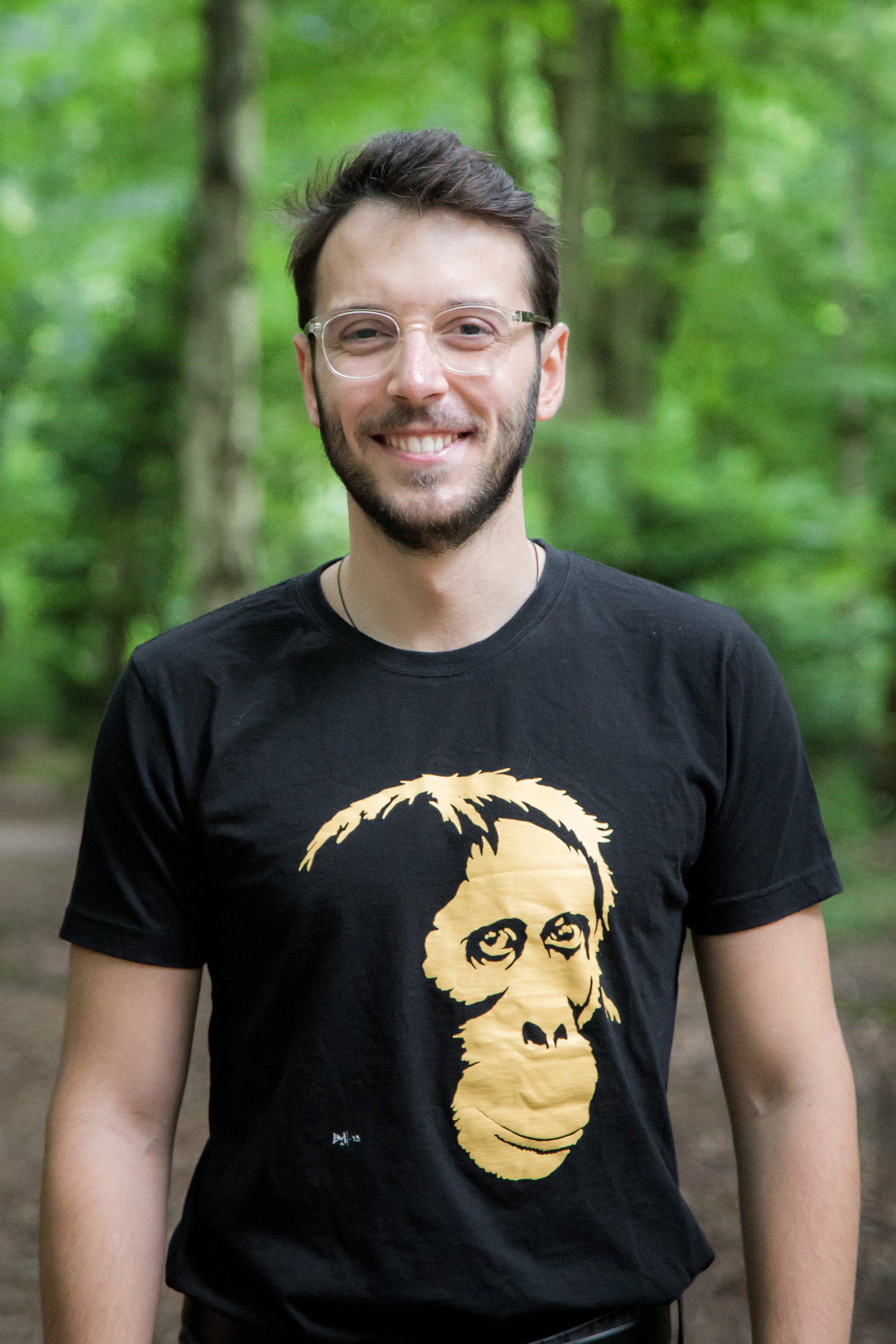 Kevin was born in Caracas, Venezuela. In 2014, he got his Brevet de Technicien Supérieur, specialising in sound in the city of Lyon in France. In 2015, he graduated from the University Paris I Sorbonne, where he obtained his Bachelors in Practice and Aesthetics of Cinema.

Upon completion of his studies, he worked on various audiovisual projects including his participation in the sound department for the film Divines by Houda Benyamina – an award winning feature film selected for several film festivals around the world including Cannes Film Festival 2016. 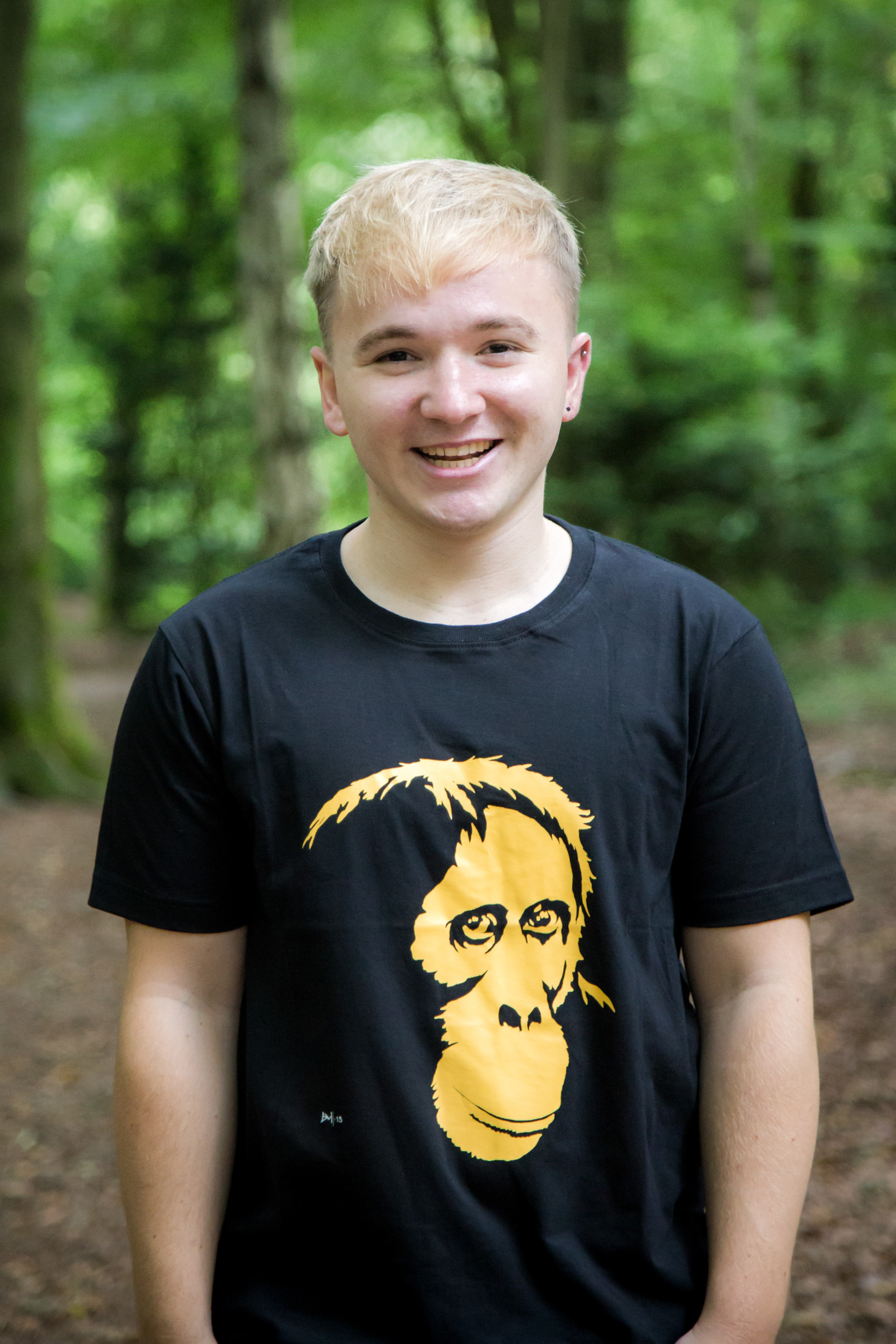 Adam is a highly versatile composer for film, television and multimedia based in the UK. He studied piano and trumpet from an early age, before going on to study contemporary composition at Cardiff University School of Music taught by the likes of Robert Fokkens and Arlene Sierra.

Since then, he has accumulated a diverse range of experience writing for visual mediums and concert works. He has scored numerous award winning and nominated films including the much acclaimed animation Dimensions, which was awarded the Royal Television Society Award and Rachel which won Best Drama at the Alternative Film Festival.

Most recently, Adam has scored Matt Mitchell’s sci-fi feature film The Rizen and its sequel, The Rizen: Possession. Adam is also a qualified Yamaha teacher, and in addition to his projects, he attended the NFTS undertaking an MA in Composing for Film. 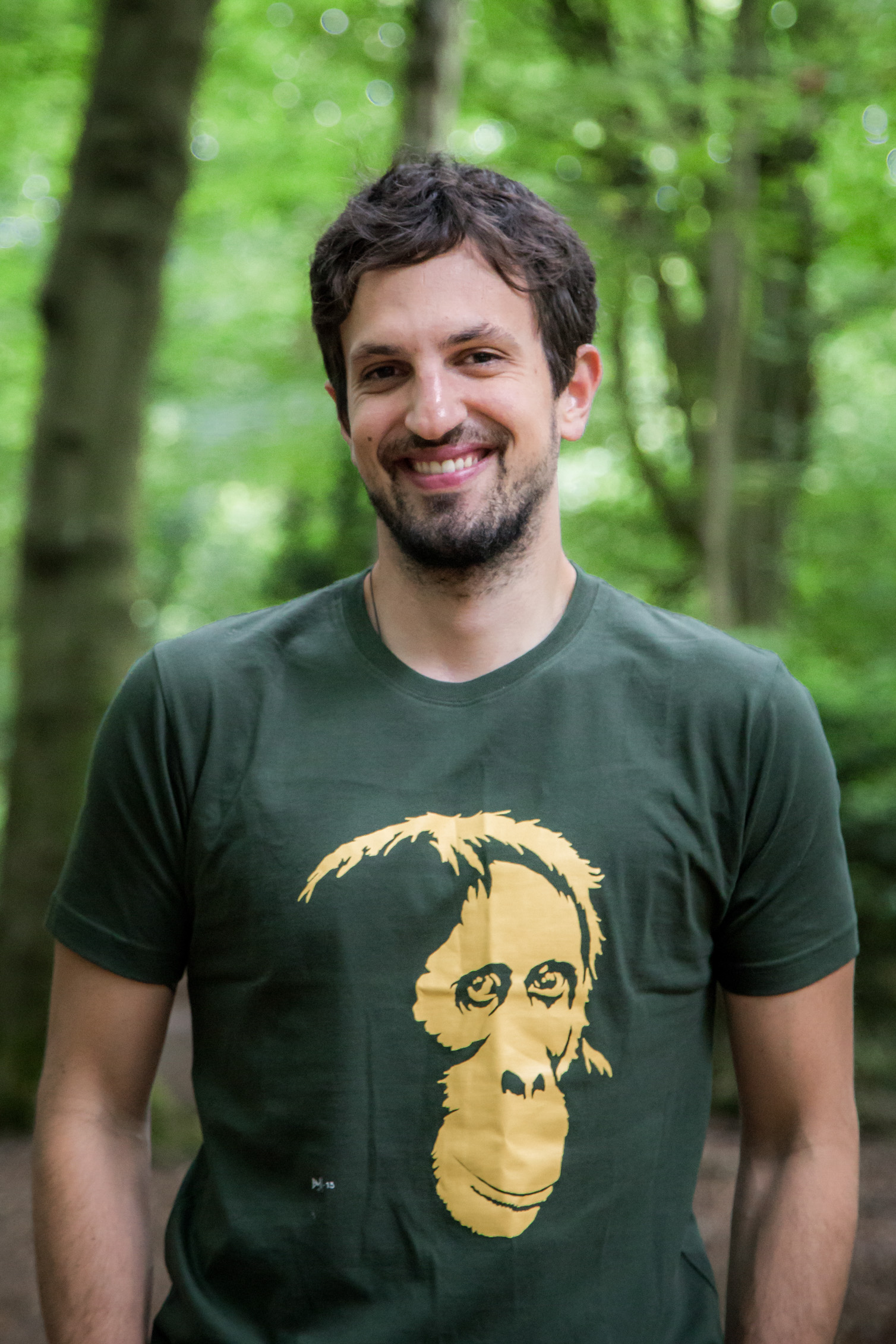 Alex is a creative-minded marketing professional, who believes that marketing and entertainment go hand in hand, graduating from the prestigious National Film and Television School’s MA in Marketing and Distribution.

Born in Athens as a 90’s kid, he’s always had a passion for arts and modern technologies. He started his career in post-production alongside his undergraduate degree, and from there, worked on various projects within the media world. During this time, he worked with internationally established media companies such as Universal Pictures, NonStop Entertainment, Protagonist Pictures, and Way To Blue.

Whilst at the NFTS, Alex has been involved in the marketing and publicity for many short films including Bead Birds, Judith, and Under Threat. All of which have either been screened or nominated in numerous international film festivals, including Student Academy Awards, Venice Film Festival, and NaturVision.

When I first read an article declaring a new species of orangutan, I was amazed that in the 21st Century new species of great apes were still being identified. It just goes to show that there is so much out there in the natural world left to be discovered, a lot of which we will never come to know about.

But there are two sides to every coin, and as incredible as it is that these apes have been recognised as a new species, the article also pointed out that they could soon vanish due to a human development being built in their only home – The Batang Toru Forest in Indonesia.

The story behind Now Or Never does not simply revolve around the orangutans, but rather, all of the people of the Tapanuli region that rely so heavily on the Batang Toru Forest. Like all rainforests, Batang Toru is a key component in the prevention of climate change, but it is also valuable for its role in producing water, and countless lives in all shapes and forms depend on this one forest.

The Now Or Never journey began by contacting the Sumatran Orangutan Conservation Programme (SOCP), who are the only organisation conducting research within the Batang Toru Forest. The people at SOCP were quite incredible in the support they showed me and the belief they had in me to allow me to visit Batang Toru and make Now Or Never a reality.

Shot over 6 weeks, and produced throughout 2018, this production would not have been possible without the approval and support of the NFTS and collaborative spirit of every member from the Now Or Never team. From the long hours and weekends that Mirjam, Adam, and Kevin spent working on the film, showing  their never-ending commitment and enthusiasm throughout, as well as the weekend hours Tom Hurd spent on the motion graphics. It is safe to say there would not be a Now Or Never without this amazing team forming such a close relationship.

The dedication, belief, and generosity shown by the entire SOCP team in Sumatra is also what brought this film to life. Whilst on location, every request or question was never too much. They were always happy to help, and I left Sumatra in July having made friends for life.

However most of all, Now Or Never was realised through the tremendous support shown by Alex Chronopoulos and Stefano Fasce from the very first day of development, as well as the belief my family had in the project, and the endless devotion and help Arrum Harahap from SOCP showed during production and post-production.

Everyone’s tireless commitment created this film, and I will always be immensely grateful to each and every one of those people.

The National Film and Television School (NFTS) is the premier teaching institute in the United Kingdom for all the visual media. It is consistently ranked in the top 5 film schools in the world and its graduates have won Oscars and Emmys on many occasions. Courses include directing, producing, set design, film music composition, editing, digital special effects, cinematography and science documentary.

For nearly half a century, the NFTS has developed some of Britain and the world’s top creative talent – for which they were honoured to receive both the 2018 BAFTA for Outstanding Contribution to British Cinema and the Queen’s Anniversary Prize for Higher and Further Education.

For more information about the NFTS, visit the NFTS Website.